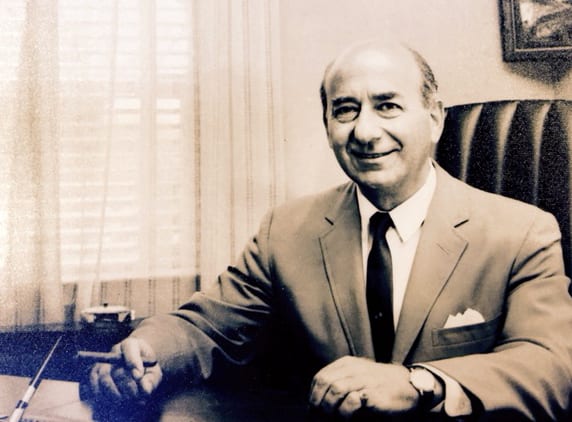 The origin of the Donald Art Company, Inc. (DAC) dates back to the year 1924. It was then that Donald M. Bonnist, president of the prevailing company, became a partner in the firm of M. Bonnist & Zonen which was established in Amsterdam, Holland (his birthplace) by his father, Maurits. At a young age, Bonnist traveled extensively for the firm. Once sufficiently familiar with all phases of the picture industry, his travels included annual trips to America where he was responsible for the introduction of “MBZ Pictures” in 1935.

In 1939 Serine (an artist) and Donald Bonnist came to America on their honeymoon. Unable to return to their homeland due to the war, Bonnist resigned from the parent company in Holland and the following year founded the Donald Art Company in America. The American company had a very modest beginning as it was told. Serine and Donald, as the only employees, packed pictures on the bed in their Forest Hills, NY, apartment. As the years progressed they moved to New Rochelle and then to Larchmont, NY. Bonnist was the proverbial “traveling salesman” and after many years his company grew to be recognized as one of the leading picture publishing companies in the world.

The first location of DAC was on Spencer Place in Mamaroneck, NY (Westchester County) with a showroom and sales office in Manhattan. When the Mamaroneck building became too small, Bonnist moved to Port Chester (Rye Brook), NY, where he built the Donald Art Plaza, a 70,000 square foot building containing offices, a gallery and warehouse space.

Many award-winning artists with International reputations became closely associated with Donald Art and had exclusive contracts with the company. Over the years, DAC’s scope of available subjects was vast. Through mass production, DAC was able to bring quality fine art to the general public at affordable prices. Bonnist was always looking for original art keeping current with the times.

In addition to prints on paper, DAC produced reproductions on canvas, often textured, looking and feeling very much like an original. Often they were sold packaged in frames. The iconic “Free As The Wind,” is perhaps the most widely recognized of all Donald Art paintings. Vivien Bonnist Cord has the fond memory of sitting in her father’s office in Mamaroneck when the August Albo painting arrived. Her father asked her for a name for the ethereal work. It was she who came up with the title, “Free As The Wind.” The original is part of the collection, indexed and offered for sale on this website.

DAC made artwork for premiums, promotions and incentives. They offered a variety of art-related products as well. Impress Graphics was a division of DAC as was Design-R-Crafts in Fort Worth, TX, manufacturing craft kits. In 1970 CBS Broadcasting Company made a very generous offer to buy DAC but at the time Bonnist was not ready to sell. Years later, in 1984, he sold the company to Croston and Kane (employees at the time) and as it continued to change hands, the Donald Art Company ceased to exist.