The size for each is 20″ x 24″ and they are being sold as a pair. These are initialed on verso with RT for Rico Tomaso. Buyer pays for shipping. 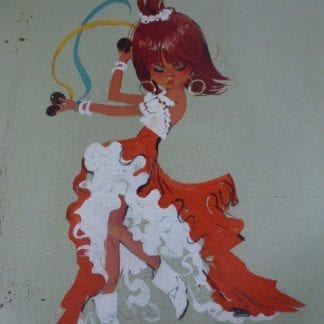