This original oil on canvas is in wonderful condition. It is signed on verso. It measures 18″ x 24″.  Buyer pays for packing and shipping. 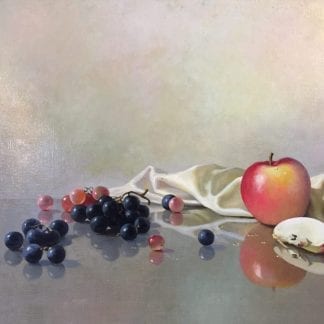