14″ x 18″ full sheet of Bainbridge Board to be matted to 12″ x 16″. Unsigned but guaranteed by catalog identification.  Buyer pays for shipping. 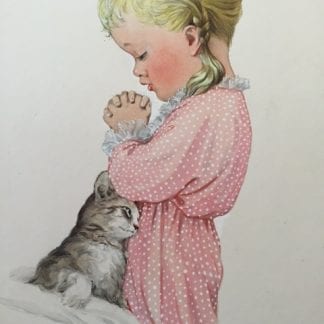