This painting was so popular in the early years of Donald Art Company. It appears in the 1945 DAC catalog. It would look wonderful in a Victorian home or in a feminine bedroom. 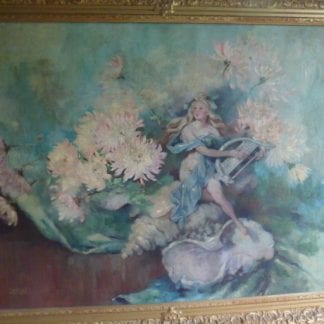