19″ x 25″ including a thin white frame, this is a Florence Kroger signed “Flo” as her pen name. 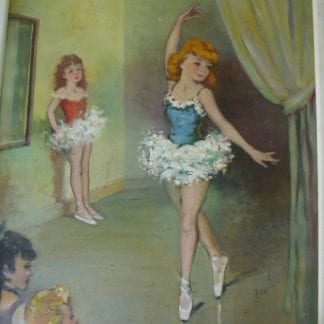