20″ x 25″ painting signed by Florence Kroger. This is one of a religious series of paintings by Kroger that appeared in the 1945 DAC catalog.  It was used in many Sunday School books and religious publications. Buyer pays for shipping. 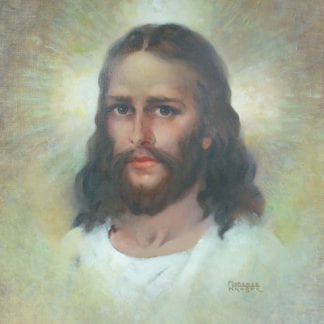