24″ x 30″ Jesus and his flock by Florence Kroger. Buyer pays for shipping. 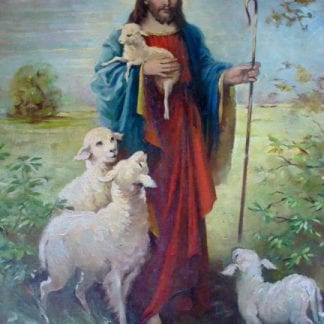