Interesting original clown illustration measuring 12″ x 28 1/2″, signed and dated 1964.  It is painted on a transparent film to give it a 3-D effect. Most unusual and NOT a scary clown.  Backed by artist board.

There are millions of repros on the market but we have found only one other original George Buckett.  The condition is excellent. Buyer pays for shipping. 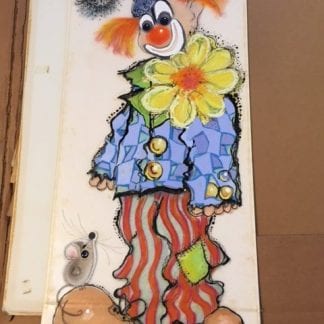