There are millions of repros on the market but we have found only one other original George Buckett.  The condition is excellent. If you see a glare note that there is protective cellophane over some of the paintings (done on artist board) so what appears as damage is actually a reflection from the flash.  This little painting is a treasure. Buyer pays for shipping. 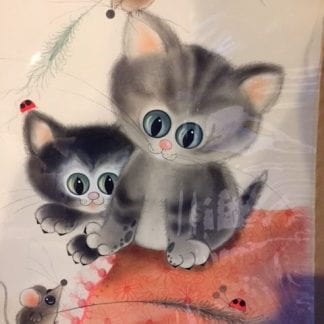