There are millions of repros on the market but we have found only one other original George Buckett.  The condition is excellent. There is cellophane over the painting so what appears as damage is actually a reflection of the flash.  This little painting is a treasure. Buyer pays for shipping. 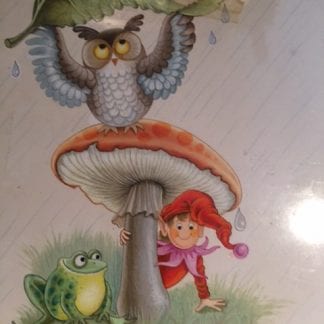