Early Florence Kroger, 7″ x 9″ (image only) watercolor on paper (unsigned). The margins have DAC notes for reproduction which you’d want to cover with a mat. 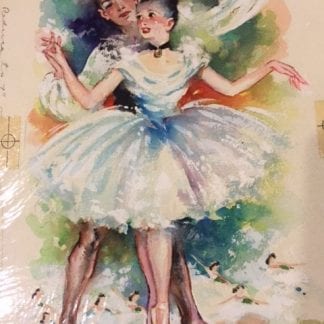