26″ x 36″ magnificent painting by Rico Tomaso. Signed on the front with his pen name “Ortiz” but on verso, nearly hidden by the stretcher is written “Rico Tomaso,” dated Sept. 1967. 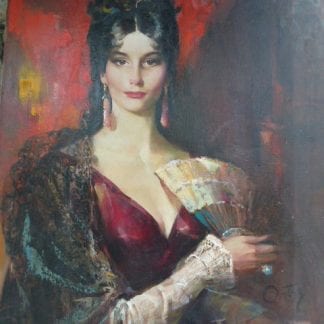