24″ x 36″. Note it is signed Ortiz with Rico Tomaso written below. Buyer pays for shipping. 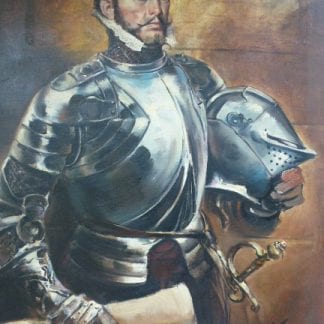