Strevens was self-taught. He was known during the 1960s for his paintings of children, beautiful women, animals and flowers, which were made into prints by DAC. He was mainly a painter in oil with a rich palette, rather in the manner of John Singer Sargent and Philip Wilson Steer.

Twenty years after his death two of his paintings were donated by his daughter to his local hospital, St Margaret’s in Epping, Essex. Strevens had been treated there for Parkinson’s disease in later life. The remainder of his paintings were auctioned. The Harris Museum and Art Gallery, Preston, CT, holds his work. A retrospective exhibition was held at Epping Forest District Museum in 1991. Two of Strevens’ paintings are in the collection of the British Council. 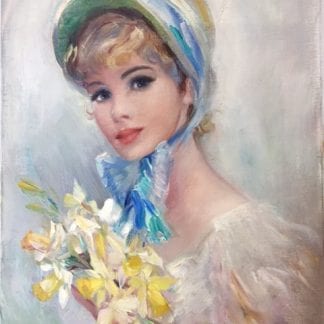