This decoy has been on display or actually hidden away above the kitchen cabinets for 25 years. I don’t think I ever gave it the respect it is due. From research it appears to be a Blue Bill Duck.

Robert Madison Mitchell was born in 1901 in Oakington, Maryland, near Harford County’s Swan Creek, just south of Havre de Grace, and he grew up in this waterman’s community at the top of the bay. It was a time when waterfowl conservation was non-existent and years before the U.S. Migratory Bird Treaty Act of 1918 became law. Mitchell was the son of a farmer and market hunter, who worked the land on Spesutie Island at the southern end of the Susquehanna Flats. Please read more here: http://www.iwfca.com/iwca-carving-legends/r-madison-mitchell.html

Mr. Mitchell’s decoys are showcased in the Smithsonian Institution in Washington, but most of his work is immortalized in the Havre de Grace Decoy Museum.

The man who would become the undisputed dean of decoy-carvers began carving as a hobby in 1924 when business was slow at the funeral home.

Mr. Mitchell stopped carving in 1984 when his eyesight began to fail. He continued to be active in the decoy museum, however.

Every Sunday afternoon he would sign decoys or books in exchange for a donation to the museum, raising $3,000 to $6,000 a year, his family said.

Charles Lee Robbins, in his book “R. Madison Mitchell: His Life and Decoys,” wrote that Mr. Mitchell’s decoys were world-class because of their lifelike detailing, including carefully carved feathers and intricate painting. 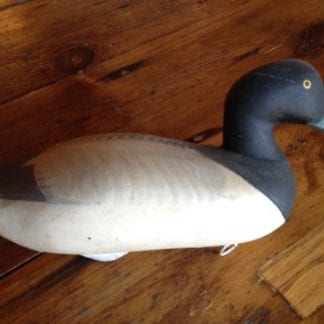