This lovely 22″ x 30″ gouache on board is signed “Enrico,” a pseudonym for Rico Tomaso. It was copyrighted in 1972 in the
“Love Themes” series. Condition is fine and it’s ready for framing. Buyer pays for shipping. 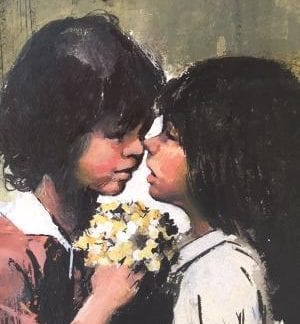