From a painting by G. Harlow, esq.  of  The Right Honorable Edward Geoffrey Stanley, Lord Stanley.

Engraved by J Rogers. With a facsimile of Stanley’s signature. Published by Fisher, Son & Co, London, 1834.

Robinson was one of the nine eminent engravers who, in 1836, petitioned the House of Commons on the state engraving in this country, and who with others in 1837, addressed a petition to the king asking for the admission of engravers to the highest rank in the Royal Academy: which was not conceded until some years later. In 1856, Robinson was elected an “associate engraver of the new class”, and in the following year missed election as a full member only by the casting vote of Sir Charles Eastlake, which was given to George Thomas Doo; on the retirement of the latter in 1867 he was elected a royal academician.

Robinson received a first-class gold medal at the Paris International Exhibition of 1855. He died at New Grove, Petworth, Sussex, where he had long resided, on 21 October 1871, aged 75. Late in life he married a lady of property, which rendered him financially independent of his art. He was a justice of the peace for the county of Sussex and an honorary member of the Imperial Academy of the Fine Arts at St. Petersburg. 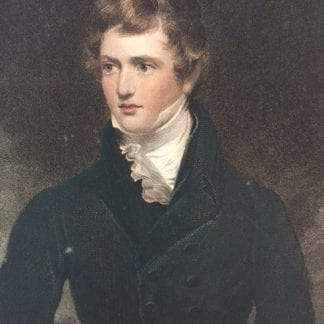