14 1/2″ x 35″ Brugge, Belgium horizontal watercolor signed by R. Snapper. There is a lot of foxing on the white but with a mat this painting would probably not need to be restored.  It is on artist paper. Buyer pays for shipping. 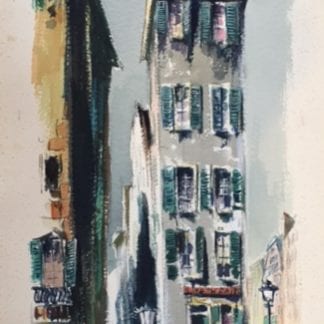